I would say that what @lyhairian does in his final remarks is actually nail down the real issue - we have allowed this service (whatever you call it) to become its own entity that we think needs presence and external promotion. It doesn't, and UK ILL shouldn't be the uncultured monster it has become. In part I might put this down to software that has enabled it to be isolationist within the library ecosystem.

Primarily it should just be an internal support mechanism for some of the core activities of libraries, namely: supporting research; developing collections; delivering content. To contextualize that: Research Support; Collection Development; Procurement & Access.


There is a role for ILL to plug the holes in local library collections, but it should never be working in isolation from collection development and support activities themselves. No library can own everything. Equally, we are still a long way from all material of possible research value being available digitally - be that for free or by subscription. Yet Open Access (OA) marches on and we will increasingly be able to direct people to repository versions of published papers, as well as OA versions on established publisher platforms.

ILL service teams, still very much working with a mindset that deifies physical material, are a seperate cost burden that distract from greater efficiency that could be gained by integrating with these other core areas. To the customer, unfamiliar with library vernacular, the service should be little more than a boutique and bespoke solution for the vague materials that can't more easily be catered for through:


I've written elsewhere on intelligence-driven on-demand acquisition, but from the perspective of the customer it has a significant element that we can all identify with. Through engaging with a responsively managed service we feel respected, listened to and influential. Lending a hand in developing a collection is something that the customer can derive satisfaction from, and also allows the library to more easily engage with its customer base, maintaining its relevance in an increasingly complex world. The ability to add value to a service through a responsive and engaged approach is, to me, essential to what a library offers.

Let's make the service that shall not be named the boon of the library's core services and not a secret island of plenty for those who happen to know about it.


But how should we express this service to our end-user?

My answer is simple, and in the context of the above thinking - we shouldn't. The service is a request service and what we should be doing is making it as simple as possible for customers to tell us what they want. We then, within our normal core operations processes, take care of that by advising or delivering it to them. It really should be that simple. We don’t need to explain something to them in the terms of library jargon or a process; we need to provide excellence in delivering what they need.

How we would do this requires another posting. Simply put, it would involve: a decent discovery layer with quality metadata behind it; a link resolver; a single-stream access point for recommendations and requests; thought-through technical solutions; consolidation of a number of services, and a group of concerted problem solvers. Not really that much hard work to finally bring an important component of library service back into the fold and fit for the future.

A ride around Folkestone


MINOR PLANET "GHOSTSHIPS" from joel snowman on Vimeo.
Nice:  http://somethingsomethingrecords.bandcamp.com/album/high-touch-town
Posted by Woogle at 23:12 No comments:

Let's be honest, the internet enables small pieces of brilliant. And many other things besides.
A picture is posted, gets popular and then people get creative with it just for the japes.

Here follows one of a number of examples of this process that I stumbled upon today. Indeed, there are people out there that invest effort into this intriguing pastime. Good on them.


Internet you are brilliant. You spread things among strangers generating little ripples in lives wherever you reach. Don't ever go away.

Source
Posted by Woogle at 21:23 No comments:

Marie Stopes (1880-1958), scientist and birth control pioneer, looking rather pensive and uncomfortable in front of the camera. This photograph was taken at a Fabian Summer School in 1921 by George Bernard Shaw.

Marie Stopes was a complex progressive very much rooted in her times. Scratch the surface with a lot of these characters and you tend to find the distasteful stuff, but the fact is she played a major role increasing people's knowledge, appreciation and understanding of sex and reproductive health. All images from LSE
Posted by Woogle at 22:34 No comments:

A friend who is finally sharing his photography online.

Cambridge Digital Library: some shots of one treasure 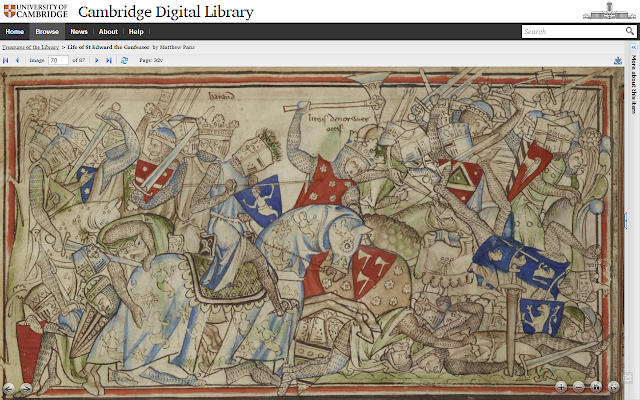 Treasures of the Library > Life of St Edward the Confessor  by Matthew ParisThe Battle of Stamford Bridge and the death of Harald Hardrada (wielding a battleaxe).(image 70, page 32v)

The landing of King Harald Hardrada near York, and the defeat of the Northumbrian army.(image 67, page 31r) 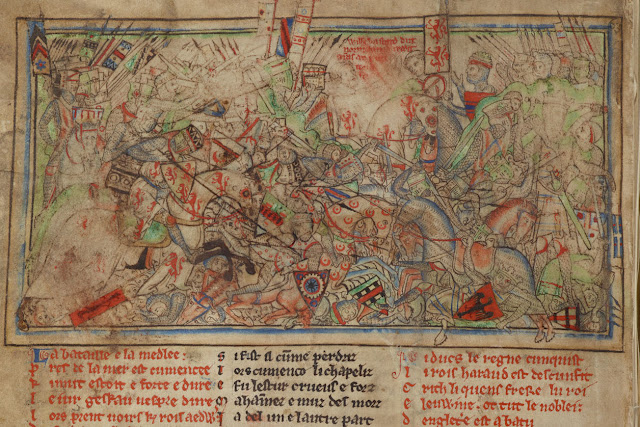 The battle of Hastings. Harold lies on the ground lower-right, an arrow in his left eye.(image 74, page 34v)

El Hadjii-Diouf: the jury is out

El Hadji-Diouf- the butt of many a joke and clearly a perfect candidate for clever GIF editing types to work over.
I stumbled on this in a thread that I got to after cursing that I wasn't in New York to visit exhibitions at the Museum of the Moving Image.
Posted by Woogle at 21:40 No comments:


View Israel, 2010 in a larger map
View some of the photographs from this trip

Spending a little bit of time looking at maps and Google earth again. Getting excited about what I could do with them. Better not get too carried away with it all.
Posted by Woogle at 23:09 No comments: 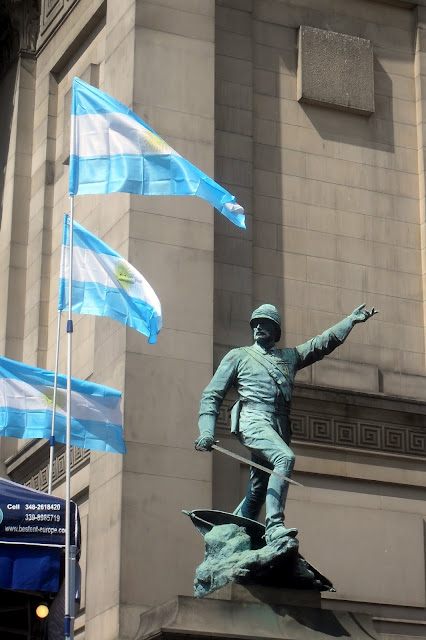 How confusing. I didn't get chance to inspect this but thought it odd the two things together
Posted by Woogle at 23:39 No comments: 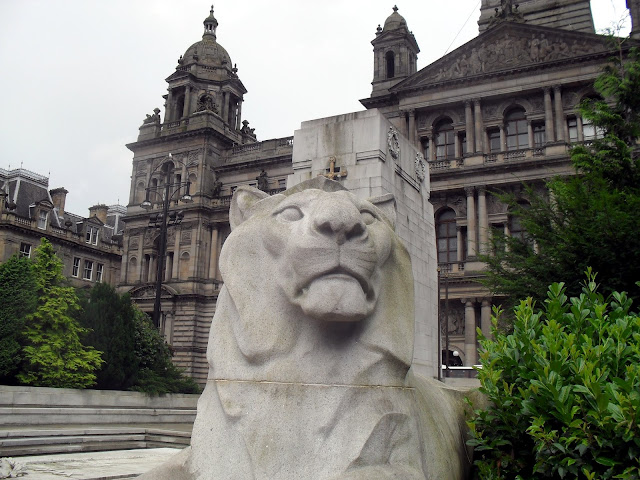 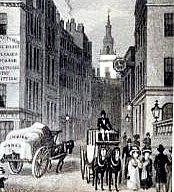 Another cropping of a scan.
I really should be doing them at higher resolution but I kind of like the effect. This is Lombard street in the City. Probably lugging around gold or something.
Posted by Woogle at 10:15 4 comments:

Boy in the photograph Take another look at the boy in the foreground. The following text explains a little more about him. Surprised? I was:


"Little Mic-Mac Gosling," as the boy with the pitcher is familiarly called by all in his extended circle of friends and acquaintances, is seventeen years old, though he only reaches the height of three feet ten inches. He is, in fact, so small, and, at the same time, so intelligent for his size, that he once held an excellent situation as a lady's page; but I presume he is now getting too old for such an office. His bare feet, I should add, are not necessarily symptoms of poverty; for, as a sailor, and during a long voyage to South Africa, he learnt to dispense with boots and shoes while on deck.

The 29 page report was far too much to enjoy reading but it seems comprehensive enough and the above options made me chuckle a bit. They are options for:
'Tackling the infrastructure issues that can inhibit access to the internet and social media channels'.
Top tip that one about their legacy IE6 and IE7 installations. Truly modern Government running a legacy Civil Service. oO
Posted by Woogle at 00:39 No comments: 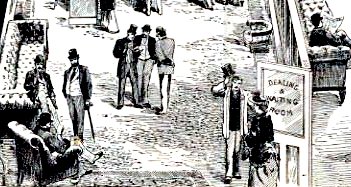 This is all a bit Catchphrase and perhaps a bit meta. I had a scanned image from a book of a bank scene from the 19th century. There are so many interesting interactions going on in the larger picture I decided to focus on some of them. I'm sure other people are interested in this kind of thing, for me I just like to see what we can easily do nowadays with digitised content using simple digital technologies. 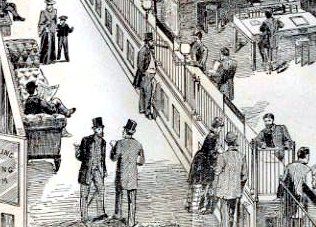 Thanks for stopping. Bye! 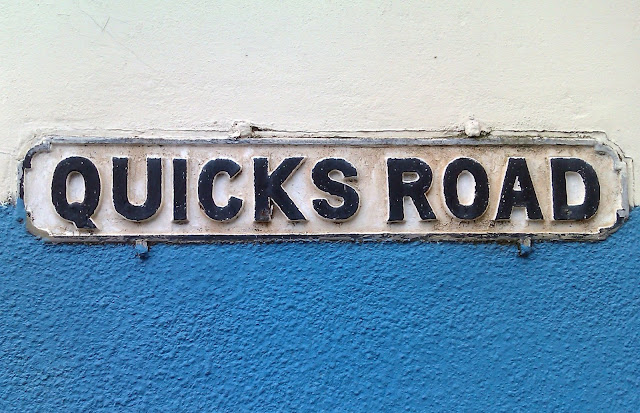 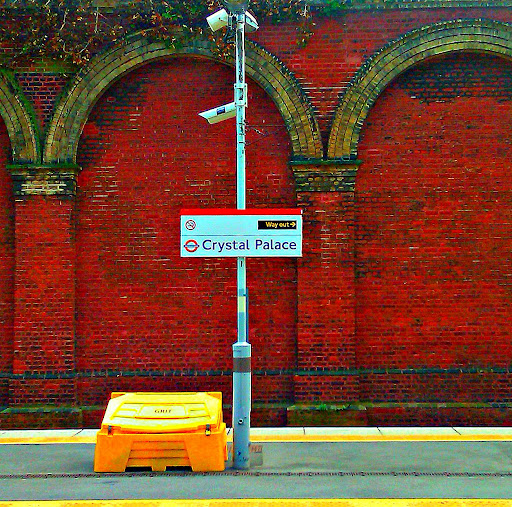